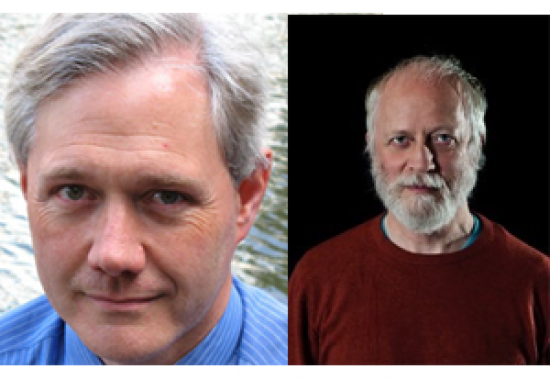 The first Vietsch Foundation medals of honour have been awarded to Andrew Cormack, Chief Regulatory Adviser at Jisc and Roland Hedberg, senior researcher at the University of Umeå in Sweden. They were honoured for outstanding contributions during their careers to the development of the Internet:

The medals were presented during the closing plenary session of TNC, the major European conference on research and education networking that is organised annually by GÉANT.

Andrew Cormack is Chief Regulatory Adviser at Jisc, a charity that provides technology services and support to UK education and research. Andrew contributed to the establishment of TF-CSIRT, the European forum for security incident response. More recently, his interest in legal matters put him in the unique position to bring together computer security and legal disciplines. Andrew was instrumental in the creation of the successful TRANSITS course on security incident response, which has trained more than 500 individuals in Europe and many more around the world, meaning the internet is a more secure place.

Roland Hedberg is a senior researcher at the University of Umeå in Sweden. Roland has played a key role in contributing his expertise from the research and education networking community to standard industry deployments of federated identity management, an essential component of AAI. He developed the OpenID Connect conformance test suite, which was adopted by the OpenID Foundation and became the de facto reference implementation. OpenID Connect is a new standard, only a year old, but it sees good traction and is rapidly becoming the protocol to use for protecting web-based application.