Activities supported by the Vietsch Foundation

The Vietsch Foundation will award a Medal of Honour on an annual basis. 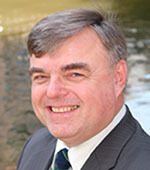 The Vietsch Foundation was created by Willem Karel Vietsch (1952-2014) through his last will and testament. The foundation was established on the day of his death, the 23th of February 2014.

Karel was very involved in the Internet community. He spent a large part of his life working in the area of research and education networking, which he help developing with his energy, creativity and thorough methodical approach. Sadly, his early death, put a stop to Karel's mission to support people and new developments, therefore he created the Vietsch Foundation, with the official objective of promoting "research into and development of advanced technology for scientific research and higher education”, in the widest sense. Karel himself appointed the trustees of the Foundation.

Funded in 2022 – The Vietsch Foundation and the GÉANT Association have started a project to support URAN, the research and education network of Ukraine and a member of GÉANT. As the war in Ukraine goes on URAN will need our support and help more than ever, not just to survive but to stay as safe as possible and where possible to maintain and rebuild. GÉANT and Europe’s NRENs will donate funds to primarily address URAN’s cash flow challenges and … read more

Funded in 2022 – The Vietsch Foundation announces a new grant to fund the project eduDNS, a Dynamic DNS service for Academia, eduDNS was relayed to the Vietsch Foundation by GÉANT through its Innovation Programme. Nowadays, more and more services are dynamically deployed in Cloud environments. Usually, the services hosted on virtual machines in Cloud are accessible only via IP addresses or pre-configured hostnames given by the target Cloud providers, making it difficult to provide them with meaningful domain names. … read more